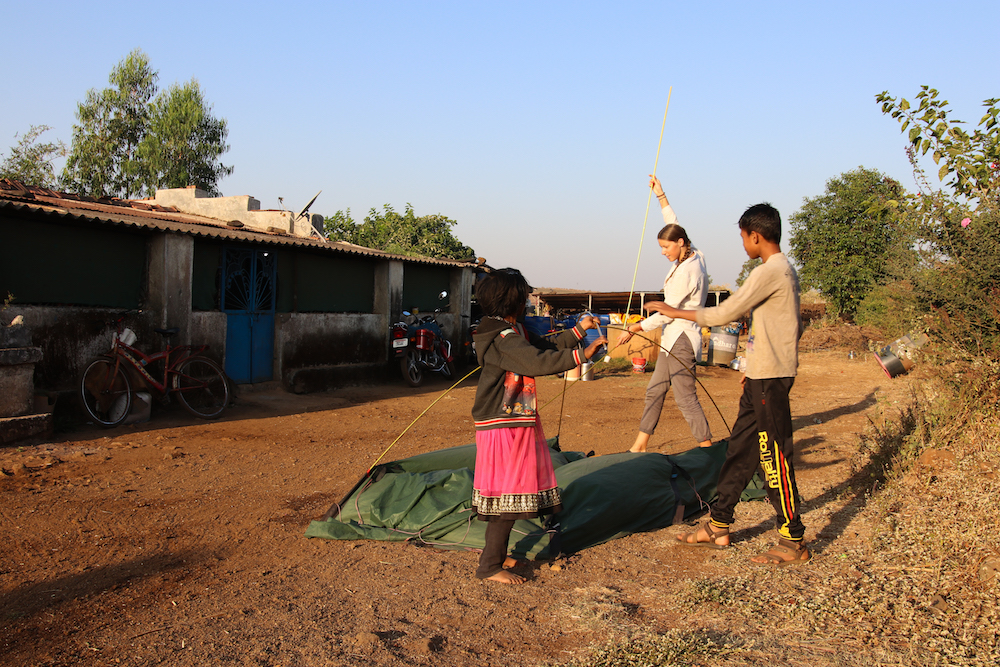 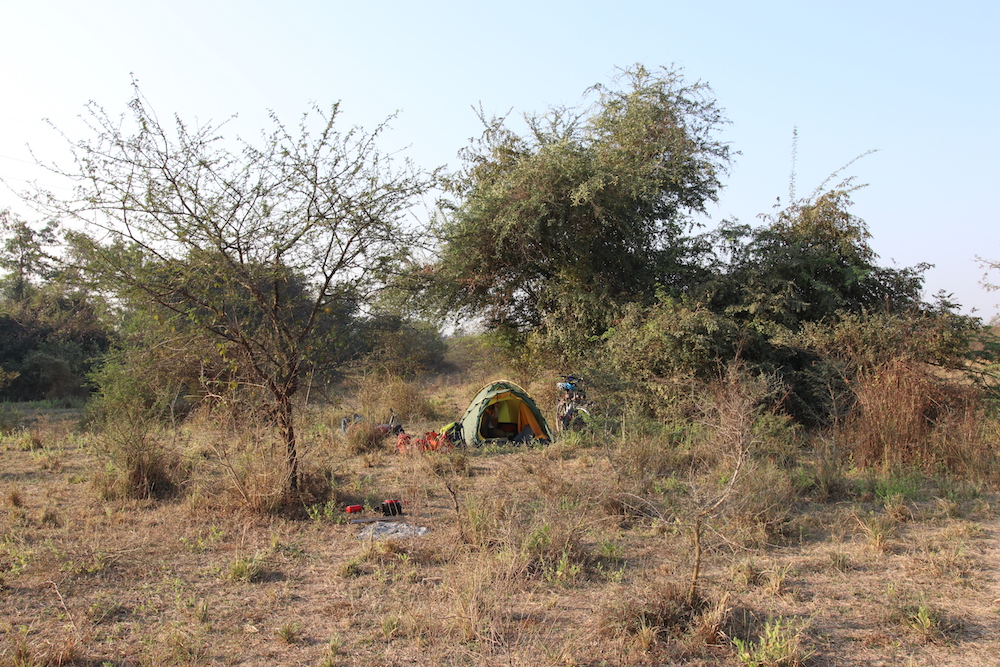 Unfortunately poverty in India is a massive problem. There are so many people whose living standards are quite shocking to say the least. Some people build shacks, others don’t bother and just make a tent or tie up a simple sheet of heavy duty plastic above their heads. Most of the time at least a few families stay together in these little settlements. The main reason for that is probably safety. These tent villages can be seen everywhere throughout the country. You can see that life is tough there, people don’t have much. When we’d be passing by, very often kids see us and start chasing us waving and shouting for money. I have to be honest I wouldn’t want to be sleeping anywhere close to any of these villages. 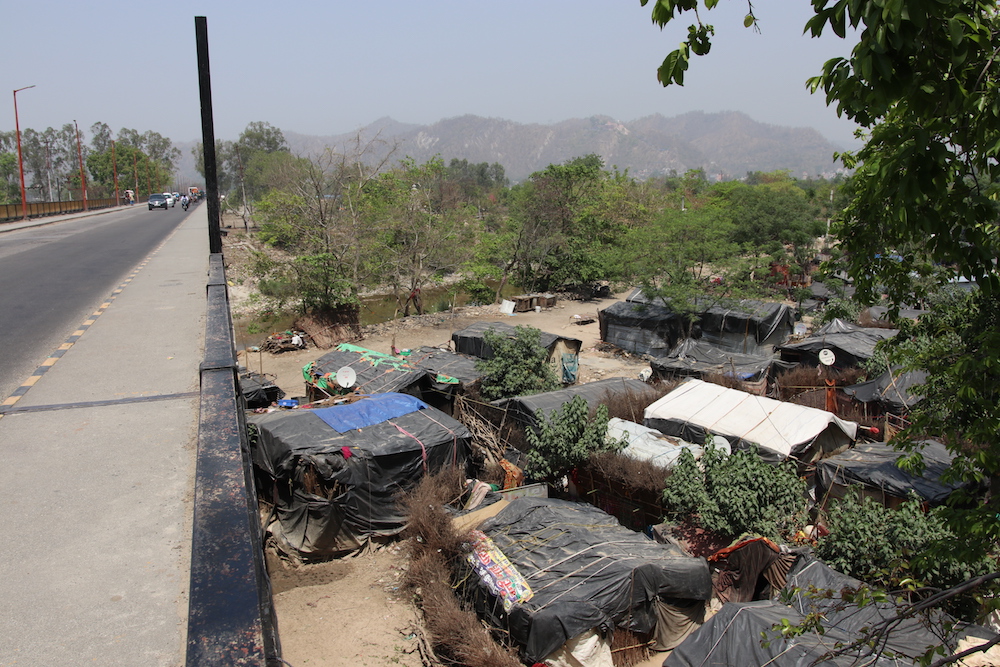 In most of the countries we chose to have a picnic at lunch time somewhere in a beautiful and quiet place in the nature. We did the same in India. However finding a suitable place sometimes would be a bit of a challenge. We would need to go off the road quite a bit further than in other countries in order to get some privacy. But there’ve been so many occasions when we just about to eat in the middle of nowhere hiding in the shade of the bushes and some local Indian guy comes God knows where from and starts staring at us without saying anything. It’s so difficult to find a quiet place for a quick rest stop let alone to find a place for a good night’s sleep. Hence we pitched our tent only a handful of times. And all of these occasions we did ask people for permission to do so on their property. 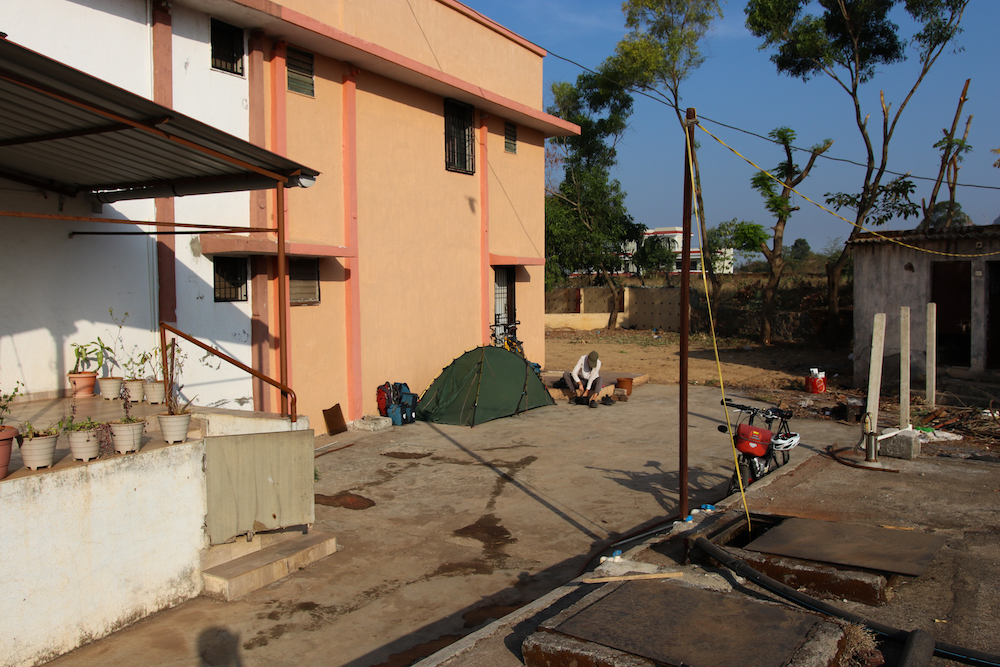 But this is not Iran where people even go out of their way to host you. In India people are not so keen to let strangers in their homes. Once we’ve been suggested to ask in the local school whether we could spend the night there. To our surprise it worked out pretty well. We slept in schools numerous times. And most of the time we didn’t even have to pitch our tent – we’ve been offered to stay in one of the classrooms. It would be enough to blow up our mattresses, fluff up our sleeping bags and we could fall into our warm beds. Most of the time we wouldn’t even need to worry about the dinner as someone from the nearby village would organise it for us. Of course there would be a long selfie session with local kids in return. Once we were staying in a school in a tiny village – tiny by Indian standards. I think half of the village came to have a look at us – old men and kids who can barely walk. Some were quite brave and were taking selfies together or asking about our trip, other were only looking from a distance. One of the young guys who was able to speak a bit of English explained to us that no one in this village had seen a white person before. We were the first tourists to come to their little village hence everyone’s curiosity. 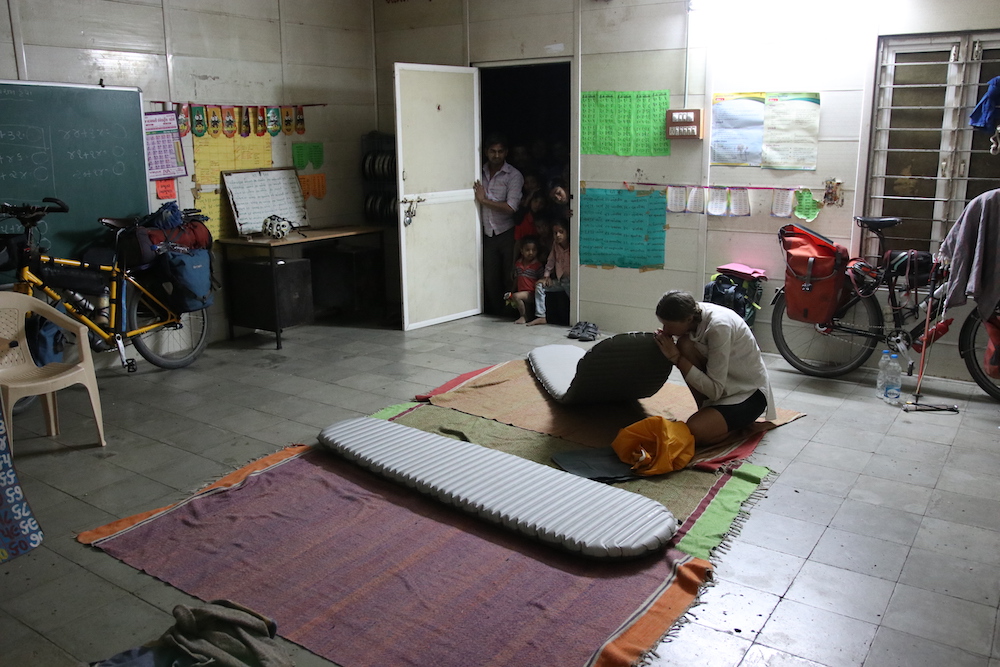 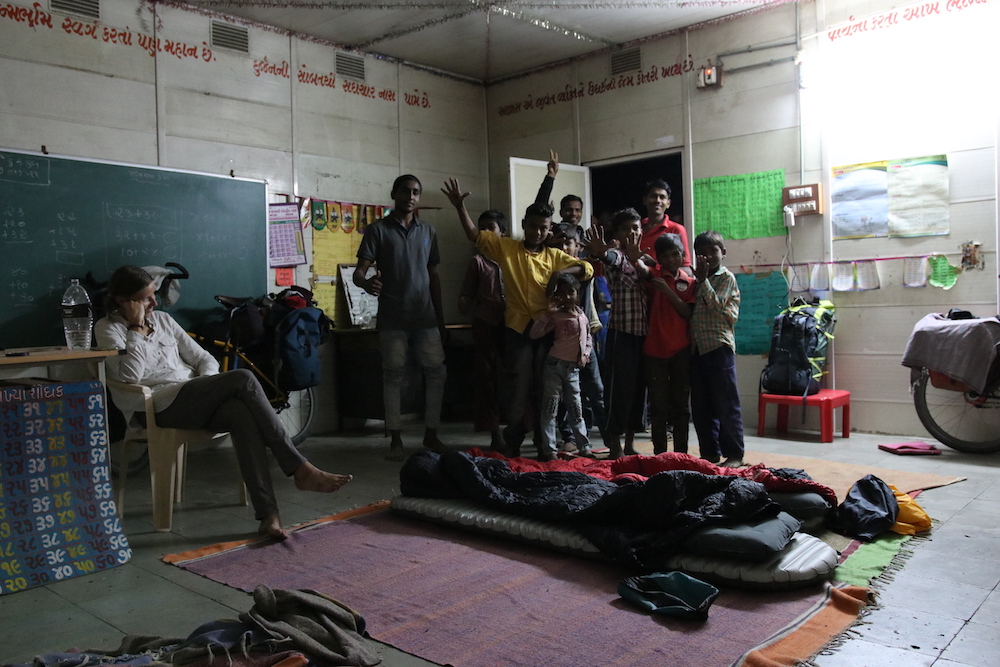 However as soon as we said that we are very tired after a long day and would like to go to bed – everyone disappeared and let us have a well deserved rest. We were quite surprised and really grateful of how well behaved all the kids were. But kids wouldn’t be kids… The next morning, as soon as we opened our eyes we could hear the kids behind the closed doors waiting for us to wake up. Grown ups were a bit more reserved but still came once a gain to have a look at us before we cycled away. 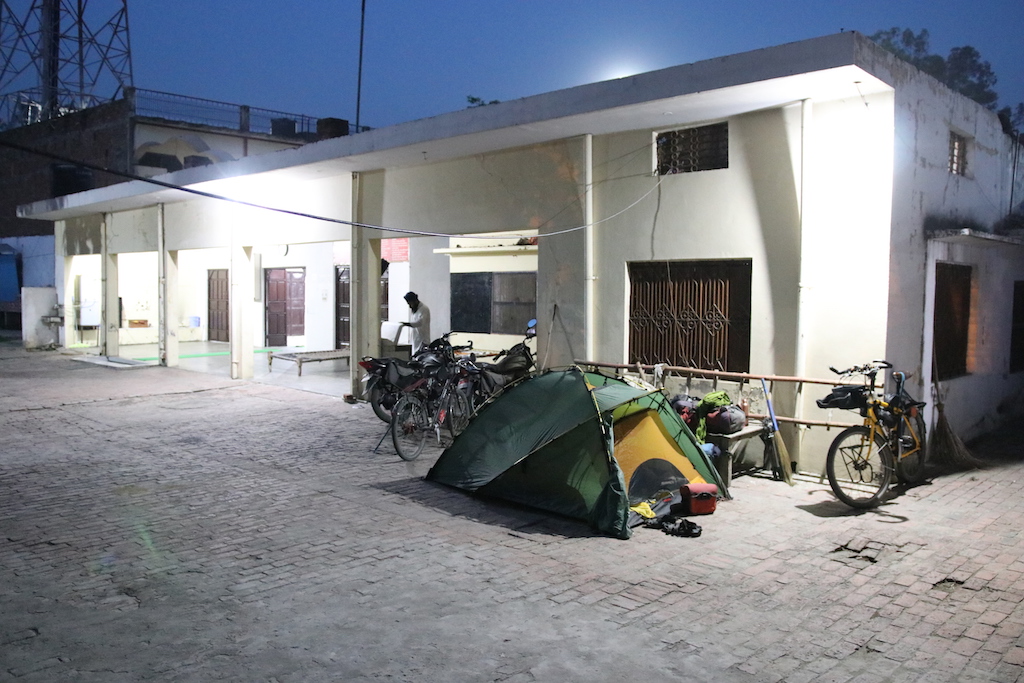 We did manage to find some ways to camp in India however most of the time we would stay in cheap guest houses. There’s plenty of these in this country so most of the time it wouldn’t be hard to choose one. The prices are between 3 and 10 euros per night. But don’t be fooled – just because you are going to spend ten euros it doesn’t mean you are going to get a better room. More than once we stayed in a smelly dark room with only one tiny window almost as high up as the ceiling. Where looking at the bed you start to wonder how many people slept in the same unwashed bedding. Or you think how many years has passed since the last time the bathroom was cleaned. And if you expect the shower to be there – forget it! There’s a tap and the bucket instead. And don’t even bother asking about hot water. So these were the rooms we used to pay ten euros a night. Well normally we wouldn’t choose anything like it but sometimes there wouldn’t be any other option. And owners are aware that you don’t have a choice so they’re eager to make a profit. 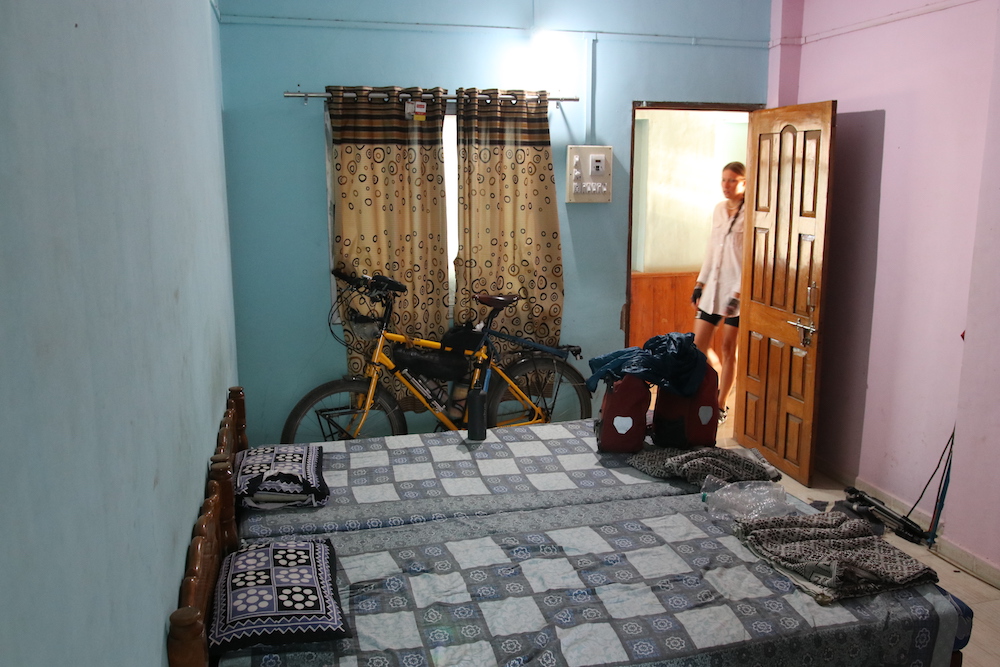 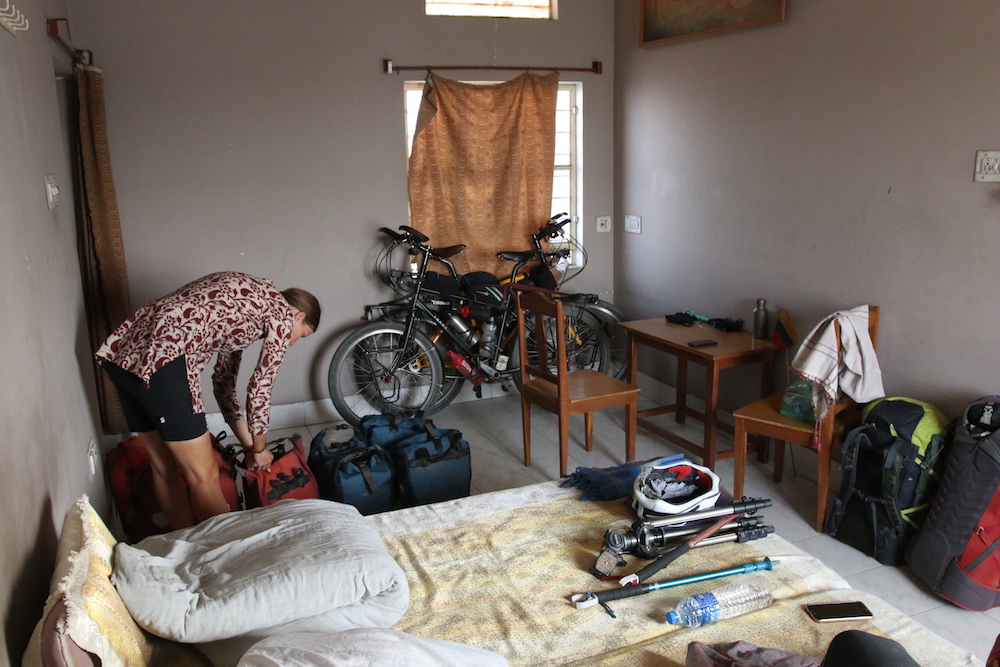 While traveling in India you do have to lower your standards quite a bit, it’s still possible to find some decent rooms. You just need to plan ahead a bit and book in advance online. This was a new thing for us. We haven’t done this in any other country on this trip before. But soon we realised that this is going to be the case in India and that we don’t really have any other choice but to plan ahead if we want to get a better and cheaper room.

I am writing this blog post in a huge soft white bed. After a steaming hot shower. In a spacious and beautiful yellow room. Through the window I can see tall palm trees swinging in the wind, loads of lush trees with bright pink blossoms. Behind this greenery there’s mountains. Not any mountains but Himalayas. In the valley below flows river Ganges. A stunning view. And all this goodness for six euros a night. For the two of us. 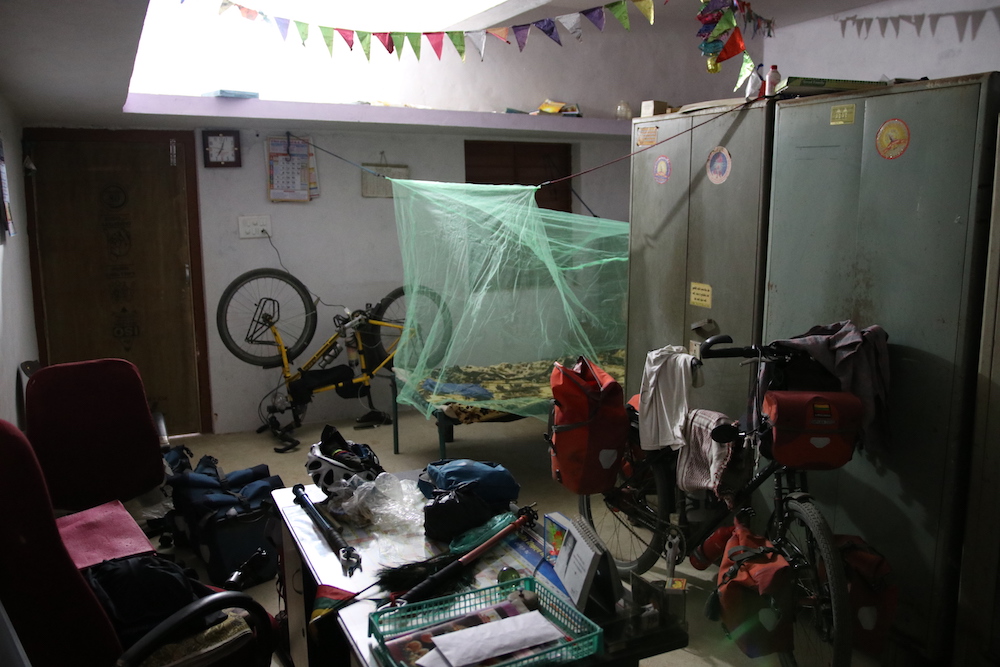 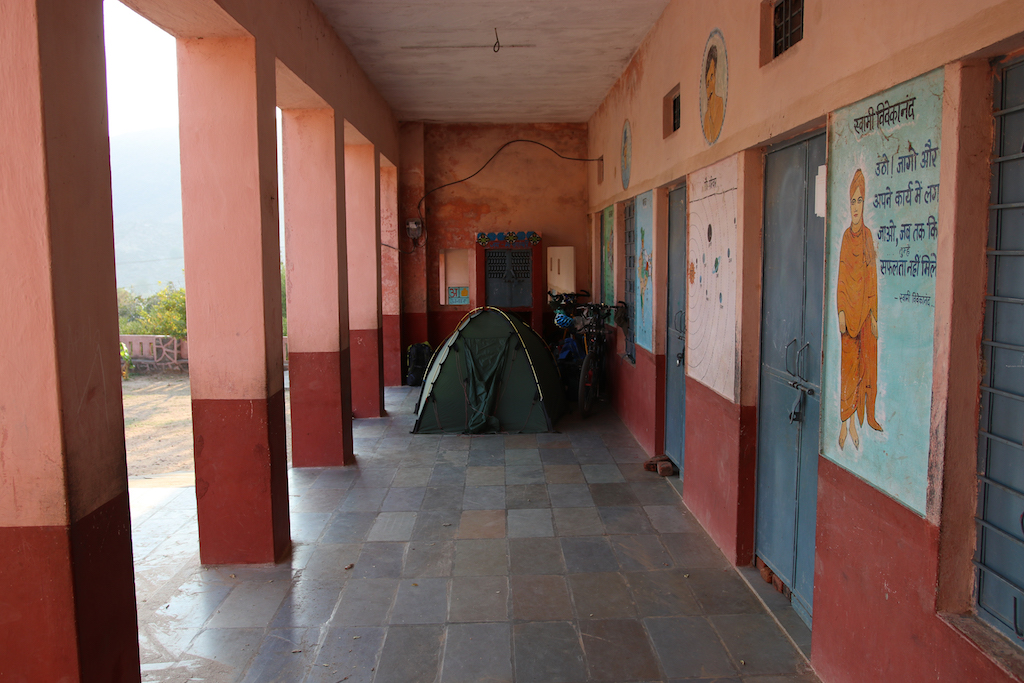 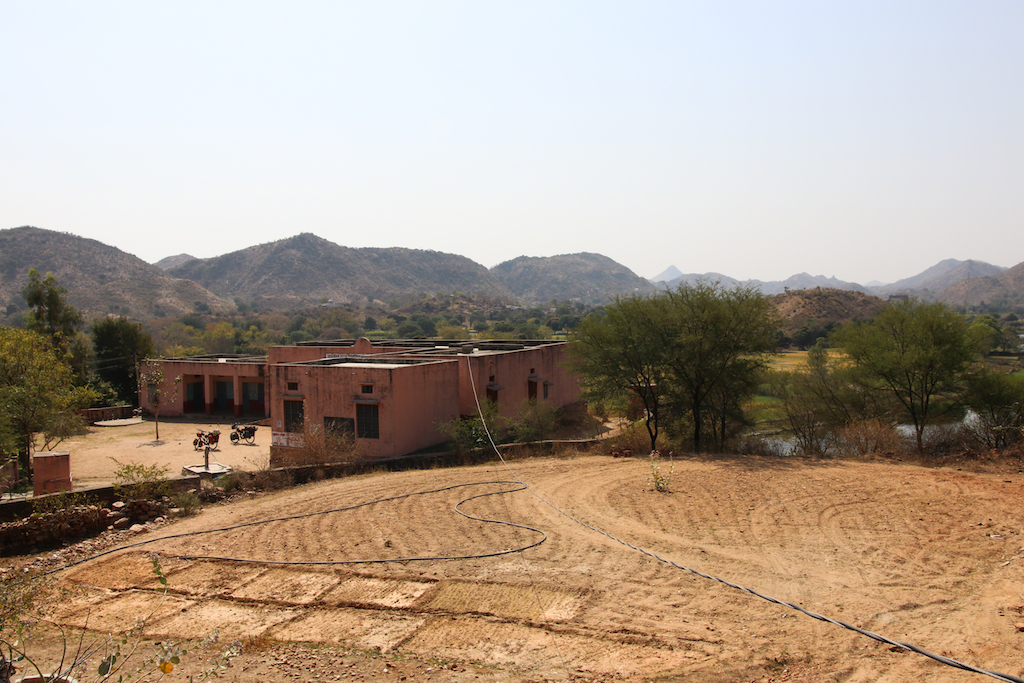 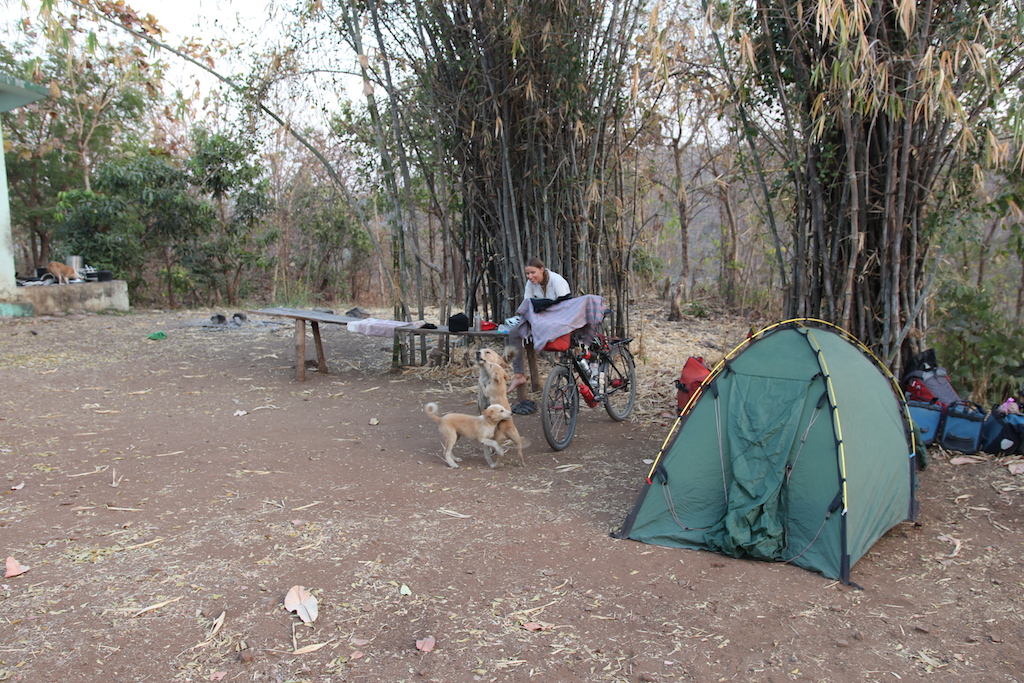 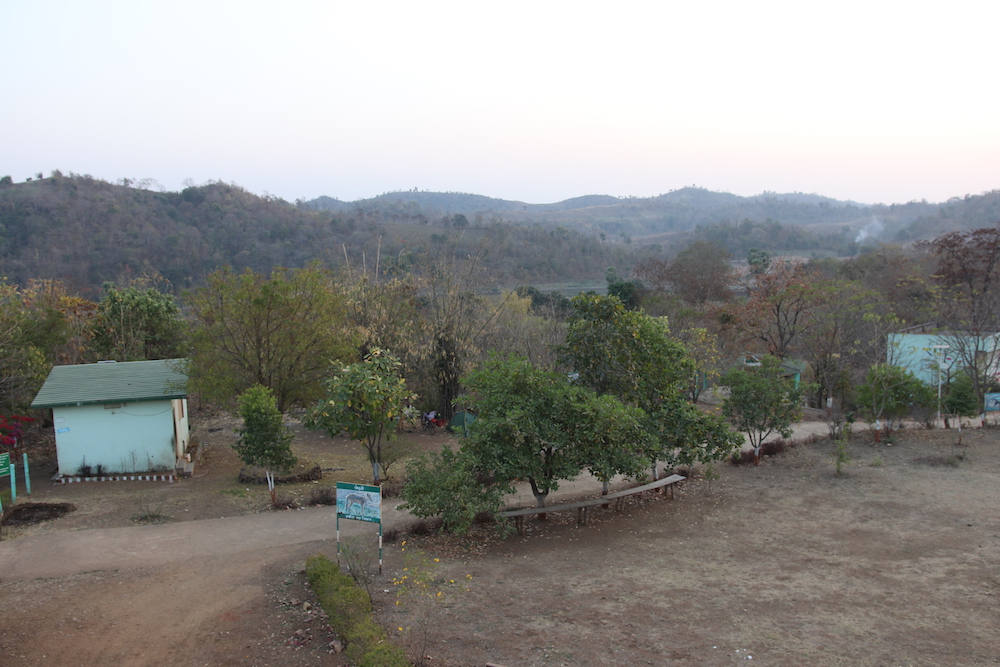